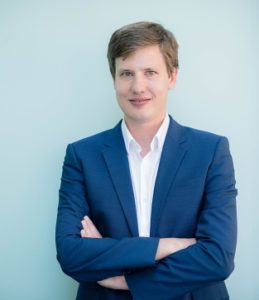 Malte Göttsche, until recently a Princeton University postdoctoral research associate, was awarded a five-year fellowship to support the creation of a nuclear archaeology research group. He is one of the AICES junior research group leaders at AICES Graduate School from December 2017.

Dr. Malte Göttsche is one of the successful candidates of the Freigest-Fellowship. His project proposal „„A German Nuclear Archaeology Laboratory: Reconstructing the Nuclear Past to Enable a Nuclear-weapon-free Future” convinced an international panel of experts. The Freigeist Fellowship, also known as the Free Spirit Fellowship, is awarded by Germany’s Volkswagen Foundation and recognizes outstanding, creative and independent early-career researchers to promote visionary research projects. Ten to fifteen fellowships are awarded annually.

Assessments estimate world-wide stocks of about 500 tons of plutonium and 1,400 tons of highly-enriched uranium, much of which remains available for building nuclear weapons. These estimates carry, however, large uncertainties. Göttsche’s work will seek to develop the tools to independently assess and account for how much nuclear weapons-usable material was made by nuclear weapon states. This information will play an important role in enabling the world to verify the complete and irreversible elimination of a country’s nuclear weapons program, whether it be North Korea or the United States. Specifically, it shall be researched, how indicators available today – for example shut-down nuclear facilities or radioactive wastes – could be used for nuclear archaeology. Computer simulations, for instance to reconstruct nuclear fuel cycle operations, will play a crucial role.

Building a nuclear archaeology research group at RWTH University will help in strengthening the international network of experts working on nuclear security issues. During his time at Graduate School AICES, he will be working in good cooperation with the Karlsruhe Institute of Technology and the resident Professor Martin Frank, the III. Physical Institute B, headed by Prof. Achim Stahl, as well as Prof. Ralph Rotte of the Institute for Political Science. A close collaboration with Forschungszentrum Jülich, IEK-6 (Dr. Irmgard Niemeyer) is also planned.