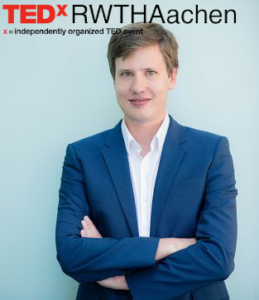 Are nuclear weapons an abstract issue and can governments alone be entrusted to deal with this? Are we safe? No! Besides possibly intended use, because of errors and misjudgments, accidental use of nuclear weapons is a real threat, and should concern you! With this eye-opening talk, nuclear physicist Malte Göttsche explains the threat nuclear weapons pose today, and how missing awareness in the public is a real problem. A professor in the Department of Physics at RWTH Aachen University, Malte Göttsche develops new verification methods that will be essential to make progress on nuclear disarmament. The research lies at the crossroads of experimental physics, computational nuclear engineering as well as the social sciences. For his interdisciplinary approach, that combines critical analysis with imagination, he has been awarded a Freigeist Fellowship of the Volkswagen Foundation. Outreach being an important part of his work – Malte has given his advice inter alia to the German parliament and the United Nations. Previously, he has been a postdoctoral researcher with Princeton University’s Program on Science and Global Security and obtained his Ph.D. from the University of Hamburg.

Why should nuclear weapons concern you? Malte Goettsche holds TED Talk at the RWTHAachen